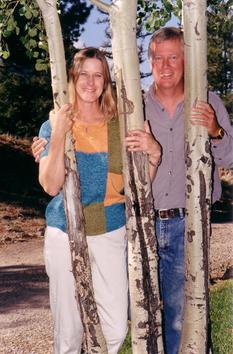 When Bob and Linda Inge first visited Lake City in July of 1982, they knew by the end of the week that they wanted to make it our home.  Being native Texans (Dallasites, to be specific), but rarely able to enjoy our beloved Rocky Mountains, they asked the kids, "How would you like to move to vacation?"  Their oldest was 3 at the time, but already a real adventurer, so she enthusiastically agreed!
Making a living in Lake City, they were soon to learn, would present a challenge, but they noticed that Lake City could use new guest cabins.  No new ones had been built in over 30 years!  They decided to supplement Bob's paper conservation business with new cabins for Lake City vacationers.
In the following 2 years they decided on the perfect location and drew up plans for cabins that would be more than just cabins - where guests could feel they were in their own mountain home.
They arrived in Lake City in July '84, and hammered, sawed, drilled and froze as they built what became Rocky Top Lodge.  When the kids were all grown,  they downsized the number of cabins, and renamed us "Rocky Top Vacation Home Rentals".
Now, they are yet again on to another adventure as we relocated in July 2013 to the eastern slope of the state. 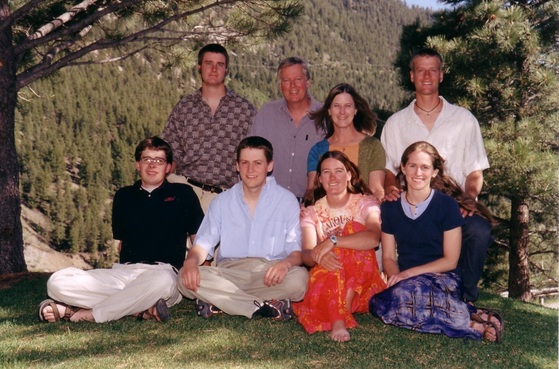 our gang, all grown up and added to!